COSCO SHIPPING International (Singapore) Co., Ltd. aims to become one of the leading integrated logistics service providers in South and Southeast Asia. We are also involved in dry bulk shipping, ship repair and marine engineering, as well as property management through various subsidiaries. 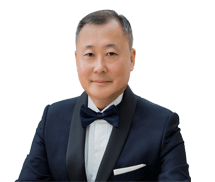 Mr Zhu Jian Dong was appointed as President and Non-Independent Executive Director on 19 September 2019 and Chairman on 13 November 2019. Mr Zhu also chairs the Strategic Development Committee and is a member of the Nominating Committee.

Mr Zhu holds a Master of Business Administration (International) from The University of Hong Kong. Mr Zhu has also attended training courses in 2019 to familiarize himself with the roles and responsibilities of a director of a public listed company in Singapore. 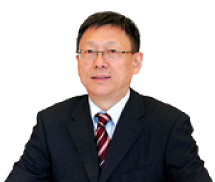 Mr Li Xi Bei was appointed Non-Independent Executive Director on 30 August 2016 and is a member of the Strategic Development Committee.

Mr Li served as Deputy Manager and Manager in Personnel Division of COSCO Industry Company from January 1998 to June 2001. He was Deputy Section Chief and Section Chief in Human Resources Division of China Ocean Shipping (Group) Company from March 1994 to January 1998. Prior to that, he was working in Personnel Division of China Ocean Shipping Company and COSCO Manning Cooperation Inc. from November 1990 to March 1994.

Mr Li started his career in 1979 onboard ships of Guangzhou Ocean Shipping Company. He graduated from Naval Academy of Engineering and specialised in Engineering Management. 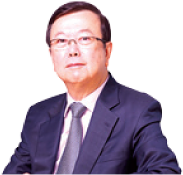 Mr Ang was the President of Singapore Exchange Ltd ("SGX") from 1999 to 2005 during which he played an active role in successfully promoting SGX as a preferred listing and capital raising venue for Chinese enterprises. Mr Ang also played a pivotal role in establishing Asia's first financial futures exchange, the Singapore International Monetary Exchange ("SIMEX") in Singapore in 1984 and was instrumental to establishing SGX AsiaClear which started offering OTC clearing facility in 2006. Following his retirement in January 2006, Mr Ang served as Senior Adviser to SGX until December 2007.

In March 2007, Mr Ang became the first person from an Asian Exchange to be inducted into the Futures Industry Association's Futures Hall of Fame which was established to honour and recognise outstanding individuals for their contributions to the global futures and options industry. Mr Ang graduated from Nanyang University of Singapore with a First Class Honours Degree in Accountancy in 1970. He was conferred a Master Degree in Business Administration with distinction by the Northwestern University in 1973. 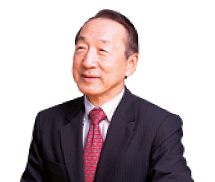 Dr Wang Kai Yuen was appointed Non-Executive Independent Director on 2 May 2001. He chairs the Nominating Committee and is a member of the ARMC, Remuneration and Strategic Development Committees. Dr Wang served as a Member of Parliament for the Bukit Timah Constituency from December 1984 until April 2006. He was the Chairman of Feedback Unit from 2002 until his retirement from politics. He retired as the Centre Manager of Fuji Xerox Singapore Software Centre in December 2009. He graduated from the University of Singapore with a First Class Honours degree in Electrical and Electronics engineering. 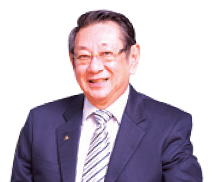 Mr Er Kwong Wah was appointed Non-Executive Independent Director on 20 December 2002. He chairs the Remuneration Committee and is a member of the ARMC, Nominating and Strategic Development Committees. A Colombo Plan and Bank of Tokyo Scholar, Mr Er obtained a first class honours degree in Electrical Engineering at the University of Toronto, Canada, in 1970 and an MBA from the Manchester Business School of the University of Manchester, UK in 1978.